Our partners and universities all over the world

Our partnerships provide a huge amount of opportunities. The most important aspect of a partnership’s endurance is an alliance of ideas and goals.

Birkbeck, University of London (United Kingdom)
Founded in 1823 as a college of the University of London, Birkbeck is a world-class research and teaching institution, a vibrant centre of academic excellence and London’s only specialist provider of evening higher education. The Sport Business Centre brings together experts in sport management to deliver high quality research, teaching and consultancy to organisations involved in the business of sport. It offers a portfolio of postgraduate sport management programmes based around its flagship MSc Sport Management & the Business of Football. Historically, the Sport Business Centre has had particular research strength in the area of the corporate governance of the sport industry, with a particular focus on the football sector.
http://www.bbk.ac.uk/
http://www.sportbusinesscentre.com/

CENTRE DE DROIT ET D’ÉCONOMIE DU SPORT – CDES
University of Limoges (France)
Created in 1978, the CDES draws on a transversal and interdisciplinary logic, combining the academic disciplines of law and economics as they impact on sports industries. While staying attached to its roots and its academic calling, it has since developed many commercial research and consultancy activities (studies and audits in the fields of sports law, economics and management), training courses and conferences, master’s degrees (law, economics and management of sport; professional sports club management, stadium management, executive master for former international players) and publications (Jurisport, a sports law and economics review).
http://www.cdes.fr 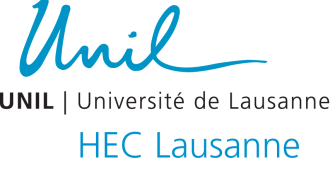 HEC LAUSANNE
University of Lausanne (Switzerland)
Founded in 1911, HEC Lausanne, the Faculty of Business and Economics of the University of Lausanne (UNIL) trains capable, responsible economic leaders and entrepreneurs and generates ideas which mark their time. HEC Lausanne is regarded as a high quality academic institution, offering high-grade management and economic education and conducting prolific and visible research across various fields of business studies. Located on the shores of Lake Geneva, our school is at the centre of an exceptional cultural network and at the heart of a vibrant business community made up of multinationals and SMEs.
http://www.hec.unil.ch

INSTITUT NACIONAL D’EDUCACIÓ FÍSICA DE CATALUNYA
University of Lleida (Spain)
The mission of the INEFC is the training, specialisation and development of graduates in physical education and sport, as well as scientific research and the publication of its projects and studies. The INEFC actively participates in the project of a single Europe and prepares its students to face the new challenges that the 21st century poses for physical activity and sports professionals. The INEFC is affiliated with the University of Lleida, which – with an academic community of over 9,600 students and 750 teachers – offers quality in education and services with a clear focus on excellence and has been positively assessed within the framework of the European Universities Assessment Programme launched by the European Universities Assembly (EUA).
http://www.inefc.cat

INSTITUT FÜR SPORTWISSENSCHAFT
Johannes Gutenberg University of Mainz (Germany)
Founded in 1477, JGU is one of the oldest and biggest German universities and combines stimulating academic diversity with excellent research structures. As an active member of the international academic community, JGU is also proud of its ties to the local community: the Rhine-Main area ranks among the most economically powerful regions in Germany. JGU actively cooperates with local businesses and industries, as well as leading German sports organisations, and participates in the political and cultural life of the region. The Institute of Sport Science covers the full spectrum of sport subjects, including sport economy, sport media and sport management. Research in this field is mainly focused on mega sports events, in particular Olympic research. Other activities of interest recently include an analysis of the sport-related consumption of German private households as well as the assessment of the primary economic impacts of football clubs.
http://www.sport.uni-mainz.de